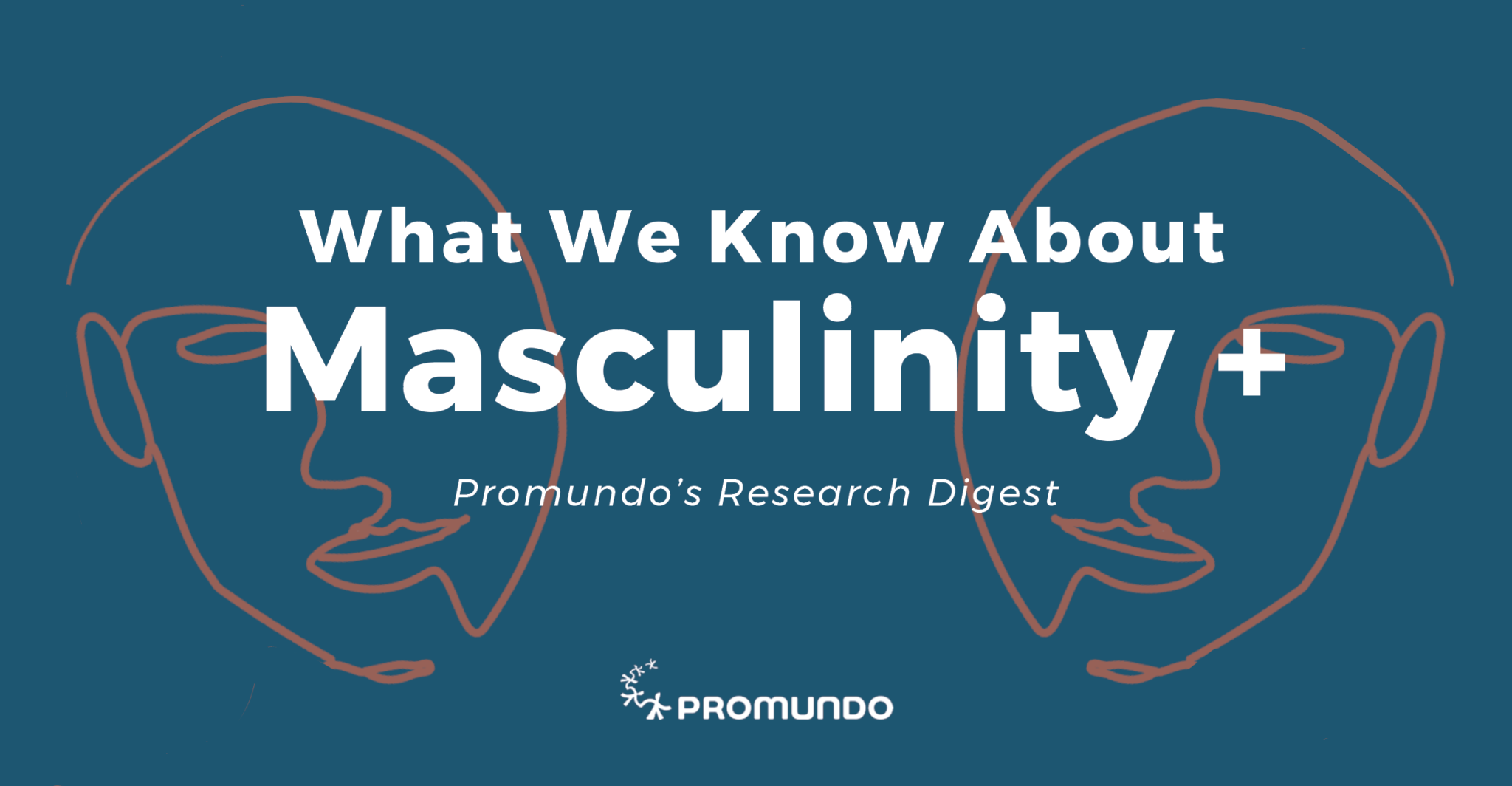 What We Know About Masculinity+ is Equimundo’s feminist-aligned research digest providing facts on men, masculinities, and the ways gender norms impact lives and communities. Each digest is based on Equimundo’s 20+ years of research and program implementation.

Gender inequalities and gender norms continue to be significant barriers to improving sexual and reproductive health. Harmful masculine norms and attitudes can have a negative influence on health and well-being, often shaping men’s behaviors in ways that have a direct impact on the sexual and reproductive health and rights of their partners, their families, and themselves.

What does our research say about the links between masculinities and sexual and reproductive health and rights (SRHR)?

1. Harmful masculine norms in the family can influence whether women disclose pregnancies as well as if and how they may seek abortion care.

The perceived role of men and fathers in the family — for example, as final or authoritative decision-makers — can affect women’s health-seeking behaviors. As the Getting to Equal report shows, whether a woman feels the need to avoid disclosing pregnancy to a man out of fear of their reaction, interference, or abandonment is an important influence on some individual’s decisions when it comes to: seeking an abortion, the secrecy and urgency of the procedure, and the level of risk assumed. Whereas men who play supportive roles as partners in decision-making may use their position to support safe abortions by accessing information, providing economic resources, and emotional support.

2. Men and adolescent boys who adhere to harmful masculine norms tend to have negative attitudes toward condom use, have more sexual partners, and greater chances of contracting STIs.

Despite their many social and economic advantages, men are less likely than women to seek healthcare, to take an HIV test, or to initiate and adhere to HIV treatment, leading to poorer HIV outcomes. Harmful masculine norms — that promote risk-taking, sexual dominance, and invulnerability — discourage men and boys’ health-seeking behaviors and often drive HIV transmission for both men and their partners. It is more difficult for women in violent relationships to negotiate the timing of sexual intercourse as well as consistency in condom use. As a result, women who report intimate partner violence are more likely to be infected than those who don’t, if they are partnered with someone with HIV.

3. Gender norms are often reflected in the attitudes and actions of healthcare providers, making them less likely to invite men’s involvement in reproductive health care.

Men’s thoughtful support for reproductive health care, and specifically maternal, newborn, and child health (MNCH) care can have benefits for the mother and the child. In most parts of the world, however, men are still unlikely to attend the birth of their child and many are not closely involved in the care of infants and young children thereafter. Research from multiple countries has linked low levels of men’s involvement in MNCH with the perception — including by healthcare providers — that pregnancy and childrearing are a woman’s domain. While there are good reasons that certain health services are “siloed” and do not include partners — for example, to accommodate vulnerable populations, like women seeking care after intimate partner violence — the perception that the the responsibility for health care lies only on women’s shoulders must be shifted.

How can we shift gender norms and thoughtfully engage men in SRHR to support the advancement of gender equality more broadly?

Men’s limited participation in SRHR is the result of gender inequalities, of historical divisions related to who does what in the home, of patriarchal control over women’s bodies, and of our deep discomfort in talking to our sons and daughters about sexuality.

Comprehensive sexuality education, that seeks to identify, challenge, and change harmful gender norms and relations, access and control of resources, and power dynamics, in order to promote gender equity and individual agency, needs to start early with boys. And it needs to be made available to all people across their lifespans.

When men and boys are exposed to programs that ask them to identify, challenge, and change harmful gender norms, they are more likely to report increased contraceptive use, including condom use. Further, training expectant fathers on how to support healthy pregnancy can increase the likelihood of men participating in domestic work, and encouraging and accompanying their partners to doctor appointments.

Moving forward, challenging the notion that advancing SRHR is solely a women’s issue through well-developed, thoughtful interventions engaging men and boys — in ways that respect women’s autonomy — is critical to improving SRHR for all.