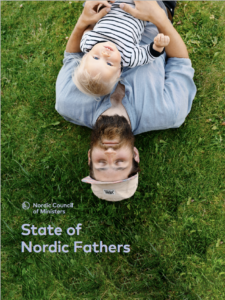 Ideas about fatherhood have changed considerably in the Nordic countries over the past decades. The sight of a father pushing his baby in a stroller – or pram – is no longer rare, and parental leave is no longer for mothers only.

Yet parental leave is still not shared equally, despite parents having the right to do so. Over 90 percent of both fathers and mothers say a father should be heavily involved in childcare, however, Nordic fathers only use 10-30 percent of the total leave. State of Nordic Fathers examines why; and identifies possible avenues to increase fathers’ share of childcare and leave.

The State of Nordic Fathers report was carried out alongside  the State of the World’s Fathers 2019 report, coordinated by Equimundo on behalf of MenCare: A Global Fatherhood Campaign. The survey gathered insights from 7,515 men and women, mostly parents, in Denmark, Finland, Iceland, Norway and Sweden; it asked questions on the topic of childcare work, parental leave, masculine norms, and workplace and family relationships.

This report affirms that fathers, just as much as mothers, want to be heavily involved in childcare from the time their children are born. However, we haven’t yet reached equality: women are still assuming the larger share of the responsibility at home and spending more time with children than men are. They are also more likely to change their work situation, either by working part-time or flexible hours. Read the full report to learn more about how we can accelerate progress toward equality.