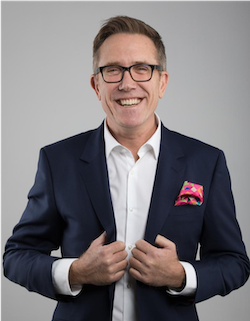 Today, Equimundo welcomes Dean Peacock to the organization as a Senior Advisor for Global Advocacy. Dean brings over 25 years of experience on issues related to gender equality, men and masculinities, HIV and AIDS, and social justice. He is recognized as a global leader in efforts to engage men and boys in achieving gender justice.

Through his role at Equimundo, Dean will provide strategic leadership on a number of global initiatives to support Equimundo’s mission to promote gender equality and create a world free from violence by engaging men and boys in partnership with women and girls. His global portfolio will focus on expanding policy and programmatic approaches to meet the needs of children who have been exposed to violence; advance men’s caregiving as a key approach to achieving gender equality through MenCare: A Global Fatherhood Campaign; strengthen work on masculinities and gender equality within the global HIV and AIDS response; advance gender equality and prevent sexual harassment in the workplace; prevent and respond to men’s violence in post-conflict settings; and deepen Equimundo’s engagement with global human rights mechanisms.

“As co-founder of Sonke Gender Justice in South Africa, and co-founder of MenEngage Alliance, Dean has been a thought-leader and major voice for the work to engage men and boys in gender equality for many years,” says Gary Barker, Equimundo’s President & CEO. “We’re honored and excited to have him joining Equimundo to lead our global advocacy.”

Dean comes to Equimundo from Sonke Gender Justice, which he co-founded in 2006 and served as the Executive Director and Co-Executive Director of until 2019. Sonke, a multi-award winning international NGO headquartered in South Africa, works in 25 countries to prevent gender-based violence and reduce the spread and impact of HIV and AIDS. At Sonke, Dean provided strategic leadership across programmatic work (community education and mobilization) and work to hold political leaders accountable to their constitutional obligations to advance gender equality, including through strategic litigation on topics such as prison reform, corporal punishment, and the gendered impact of silicosis.

Over his career, Dean has established and coordinated ground-breaking local, national, and global initiatives, and has contributed to policy shifts within national governments, the United Nations (UN) system, and among bilateral donors. He is the founder of the Men Overcoming Violence Youth Program, one of the first youth-focused domestic violence prevention initiatives in the U.S. and co-founder of Students Talking About Non-Violent Dating, a peer education partnership between MOVE and San Francisco Women Against Rape. With Equimundo, Dean also co-founded MenEngage Alliance, a global network that is now comprised of more than 700 NGOs, and MenCare: A Global Fatherhood Campaign, active in over 45 countries.

Dean is an honorary senior lecturer at the University of Cape Town’s School of Public Health and an Ashoka Fellow. He has previously served as an advisor to UN Secretary General Ban Ki-moon and the Nobel Women’s Initiative, and he currently serves on the jury for the International Gender Equality Prize, advising the Prime Minister of Finland in the selection of the award. Dean holds an Honors Degree in Development Studies from UC Berkeley, a Masters in Social Welfare from San Francisco State University, and is a candidate for an MSt in International Human Rights Law from Oxford University.