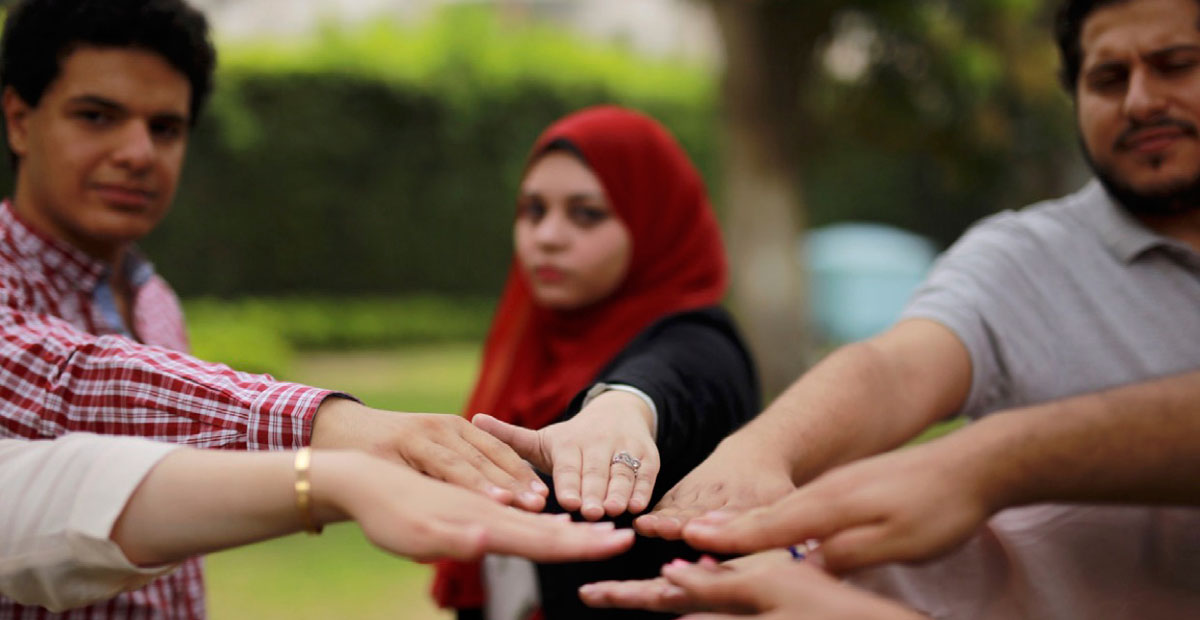 Equimundo and UN Women released a series of briefs to drive program development and policy change, informed by results from the International Men and Gender Equality Survey– Middle East and North Africa (IMAGES MENA), and other research from the region.

IMAGES MENA is the first multi-country study in the Middle East and North Africa to take a wide-angle lens to the lives of men – as sons and husbands and fathers, at home and at work, in public and private life – to better understand how they see their positions as men and their attitudes toward gender equality. The nearly 10,000-person study in Egypt, Morocco, Lebanon (including Syrian refugees), and Palestine also includes the perspectives of women, challenges many of the stereotypes commonly associated with men in these countries, and highlights pathways to equality.

Understanding How to Promote Men’s Caregiving to Advance Gender Equality

Parent behaviors and experiences in the home have profound, wide-ranging and long-lasting impacts on children. Ideally, homes will be violence-free and models for gender equality: spaces where children see their parents sharing childcare and housework on an equal basis. In MENA, raising children and taking care of the home is still, for the most part, the responsibility of women. Women’s daily average time spent on unpaid work is 4.5 times that of men.

Women and men are socialized to perceive a woman’s primary role as being a mother or caregiver, and a man’s primary purpose as being the breadwinner and provider. These socially constructed roles for women and men affect attitudes and behaviors, limit opportunities and create barriers for women’s economic participation and men’s caregiving.

To change these social norms, it is necessary to reshape ideas around the division of labor both at work and at home. Encouraging men’s caregiving – in policy and practice – can help to create a future where men’s and women’s roles are defined according to their own choice, not predetermined by their gender.

As in most of the world, men’s use of violence against women, in all forms: all forms: physical, sexual, emotional and economic, is widespread in the region, both at home and in public spaces. While many men describe spousal violence as a phenomenon of the past, pointing to women’s improved status as proof that violence being common and less acceptable, the data show otherwise.

Notable root causes of violence include women’s limited power and mobility, harmful masculine norms, widely held attitudes that justify violence, and exposure to violence in childhood. Realizing a meaningful reduction in the prevalence and harmful effects of violence against women is an urgent global and regional priority that can only be addressed using a broad, multilevel framework.

One-off campaigns, short-term initiatives and limited reach programs are likely not enough to fundamentally address such a pervasive problem; instead, we must develop mutually reinforcing program components at the individual, institutional and community levels. Programs must keep women’s rights and women’s safety at the center of their work and maintain movement solidarity and accountability when engaging men.

The ways in which boys and girls learn the societal and cultural rules and norms about how boys, girls, men, and women ought to behave play a tremendous role in shaping their identities, and in influencing dozens of gender-related outcomes later on in life. Restrictive ideas also shape the public institutions, policies, and broader systems that limit women’s rights and inhibit gender equality.

The IMAGES MENA results paint a picture of the rigid landscape of gender socialization, even at an early age. When asked about their own current attitudes, many respondents of all genders agreed with traditional, restrictive norms about men’s and women’s roles and behaviors.

Witnessing gender norm-defying behaviors – that is, ways of acting by men and women that break stereotypical roles – in one’s childhood home can have lasting and positive in favor of gender equality as the behavioral norm. In some countries, for instance, men with fathers who were involved in typically feminine household work, and/or men with life circumstances that forced them to take on new household roles, tended to show more gender-equitable attitudes and behaviors themselves.

Understanding How to Engage Young Men in Gender Equality

Programs and policies that support women’s rights and equality must transform the gender norms that perpetuate harmful attitudes and practices. This includes approaches that engage young men in advancing gender equality and challenge men to critically reflect on masculinities and on how to be true allies.

As IMAGES MENA data show, there are many complex challenges facing young men from diverse backgrounds, and many young men continue to demonstrate inequitable gender norms and perpetrate various forms of violence.

This leaves program designers, funders, and implementers a tremendous task as they set out to simultaneously address harmful gender attitudes, ensure greater economic opportunity, and prevent family, political, and extremist violence alike, all while simultaneously recognizing the disproportionate negative consequences of gender inequality for women and girls. To the extent possible, programs that challenge young men’s harmful notions about manhood should involve them in program design and in related communications, or advocacy work.

Understanding the Business Case for Gender Equality in the Workplace

This brief draws upon data and recommendations presented in the first IMAGES MENA multi-country report, along with other data sources and two case studies on businesses pursuing new policies in Egypt and Palestine, to explore the business case for gender equality in the workplace.

Although governments in MENA are searching for new sources of economic growth, including job creation, innovation, and increased competitiveness, and despite investments in women’s education, women’s workforce participation in MENA still lags behind men’s and continues to be some of the lowest in the world.

Many factors reinforce these inequalities: these include legal barriers that constrain women’s rights and freedoms; institutions that have not yet embraced – in policy and practice – full gender equality; and social expectations about what it means to be a man or a woman, both at work and at home.

Advancing gender equality in the workplace through the implementation of promising policies and protocols can provide significant benefits for employers, employees and families, and societies more broadly. Women’s economic empowerment is a fundamental element of thriving societies, has far-reaching, positive economic effects, can boost a company’s profitability, and is also a beneficial for men in supporting everyone’s roles as both income-earners and caregivers, regardless of gender.