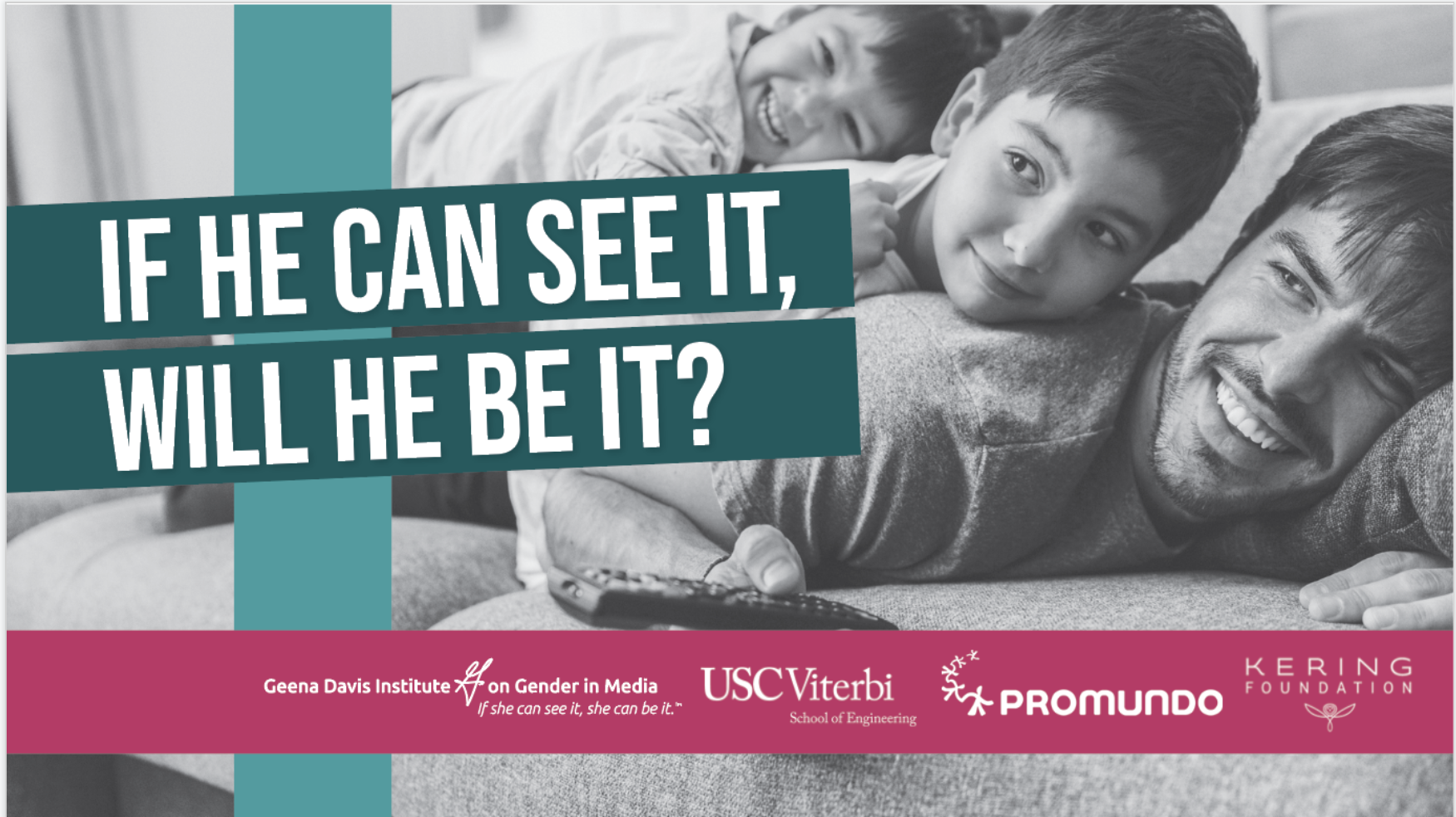 Much of the existing research on gender representation in children’s television has focused on girls and women, and for good reason – female characters are typically underrepresented and shown in highly stereotypical ways. Far less is known about depictions of masculinity in contemporary children’s programming. A groundbreaking research study by Equimundo with the Geena Davis Institute on Gender in Media at Mount Saint Mary’s University and the Kering Foundation – launched today – aims to fill that gap by examining messages about masculinity in TV popular among boys ages 7-13, drawing from a dataset of 3,056 characters from 447 episodes.

The report, “If He Can See It, Will He Be It? Representations of Masculinity in Boys’ Television” finds that male characters on the most popular TV shows for boys (7-13 years old) are portrayed as aggressive, uncaring, and as hands-off parents.

The report specifically reveals that:

To address these media realities and create a future of entertainment that is more gender-equal, and that breaks free from harmful masculine stereotypes, the report provides recommendations for content creators and parents, on how they can support these efforts.

For parents and other adults working with boys, the recommendations are to:

Check out these and more tips in: “Breaking Free From Boyhood Stereotypes: Action Steps for Parents and Content Creators.”

The report, “If He Can See It, Will He Be It? Representations of Masculinity in Boys’ Television” is part of a series of new research and resources from the Global Boyhood Initiative. Launching in the United States and expanding globally in partnership with Plan International, the Global Boyhood Initiative will reach adults in boys’ lives and equip them with tools and resources for raising, teaching, coaching, and setting an example for boys to become men who embrace healthy masculinity and gender equality. Learn more: www.BoyhoodInitiative.org .