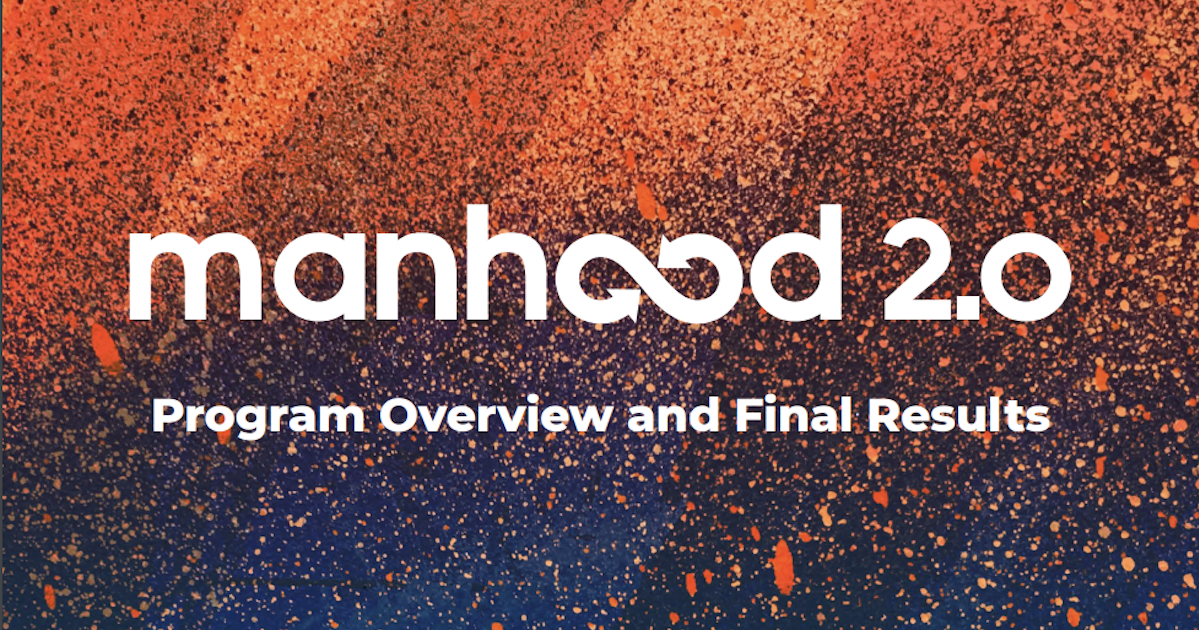 Though fatherhood is not always a negative experience for young men and not every teen pregnancy is unwanted or unplanned, research shows that young men and their families can face many challenges, including that young fathers typically have lower incomes, are less economically stable, and have more turbulent relationships.

Though not a one-size-fits-all solution, reaching and involving young men in pregnancy prevention efforts is an urgent public health and human rights priority. Without providing resources or spaces for young men to discuss gender, masculinities, and pregnancy prevention, in heterosexual relationships, young women often become unduly burdened with the task of negotiating sexual encounters.

This is where Manhood 2.0 comes in, providing an innovative curriculum through which young men can learn about healthy masculinity, relationships, and sexual decision-making.

A new evaluation of the program in Washington, DC finds that this gender-transformative pregnancy prevention intervention is a promising way forward to meaningfully engage young men as partners, creating gateways for them to talk about manhood, emotions, relationships, and violence.

After going through the 13-hour, seven-session curriculum, delivered by trained facilitators from the Latin American Youth Center (LAYC), young men report that they are more confident in their communication with partners, have an increased understanding of sexual and reproductive health, and offer more support for partners’ pregnancy prevention efforts as compared to participants in a control group (similarly-aged young men who were part of a post-high school readiness program).

The Manhood 2.0 program, implemented in Washington, DC, was co-developed by Equimundo and the University of Pittsburgh. It is the US adaptation of Equimundo’s flagship Program H. This pilot evaluation, led by Equimundo, Child Trends, and LAYC aimed to test the feasibility of adapting and applying an internationally evaluated program to the US context. Recruitment focused primarily on Latino and African American youth aged 15 to 22 who were already connected to LAYC through its ongoing programs or community partners.

In the program’s sessions, groups of 6-12 young men were encouraged to discuss and unpack harmful norms and stereotypes that drive intimate partner and/or sexual violence, and unintended pregnancy.

Participants actively joined in group discussions, as well as in role-playing, knowledge-sharing, and skill-building activities that allowed them to critically reflect on manhood, violence, sexuality, and their relationships with others – especially their partners.

The Manhood 2.0 program in DC demonstrates the positive potential of initiatives and interventions that engage young men in teen pregnancy prevention efforts, and shows the need for more programs focused on young men’s sexual health and healthy relationships.

The program shows that contrary to prevailing stereotypes, young men are eager to gain knowledge on safer and consensual sex, and are able to talk about manhood, emotions, and violence. Programs such as Manhood 2.0 can deeply engage young men to build a gender-equitable future for themselves, young women, and the communities in which they live.

For more information about the program and its findings, please read the Program Overview Brief.