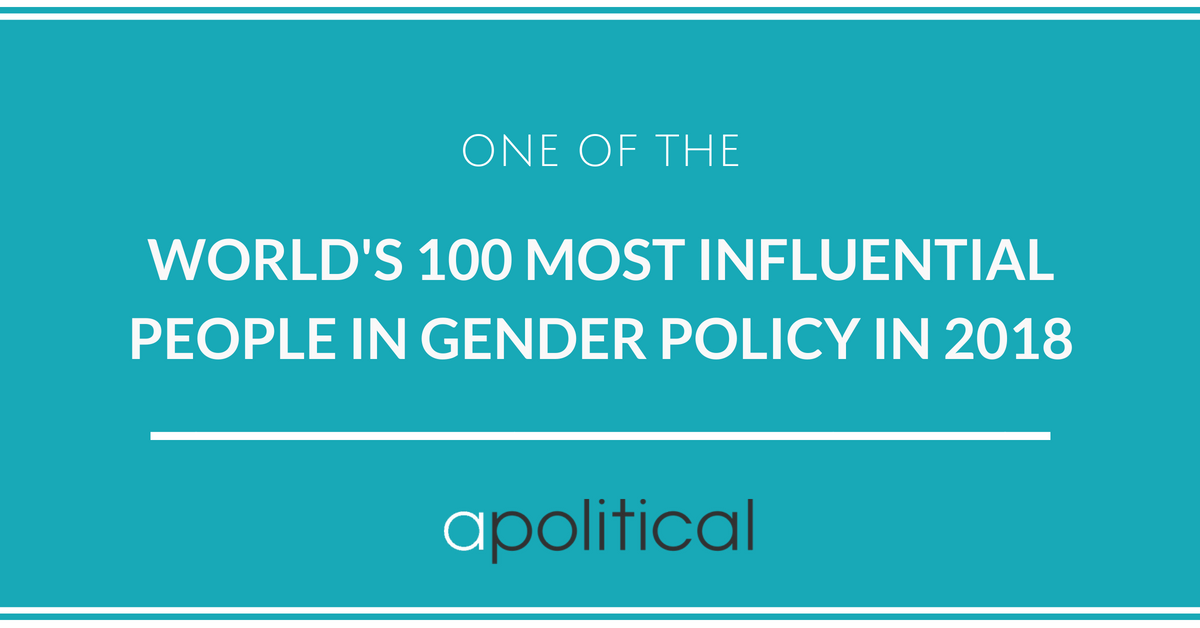 Apolitical announced its inaugural “100 Most Influential People Working in Gender Policy” list on May 23, naming Equimundo’s President and CEO Gary Barker to the top 20.

Apolitical, a global platform that curates and publishes content on what is working in policy across the world, also counts Phumzile Mlambo-Ngcuka, Malala Yousafzai, Justin Trudeau, Amina Mohammed, Melinda Gates, Michelle Bachelet, and Sadiq Khan among its honorees.

The list honors and celebrates individuals making the world more equitable, whether they work in policymaking, research, advocacy, or through other approaches. Nominations for the “100 Most Influential People Working in Gender Policy” were curated from dozens of gender experts at leading organizations, including at Women in Public Leadership, Women Deliver, the International Center for Research on Women, the United Nations Development Programme, Together for Girls, the Inter-American Development Bank, the U.S. Agency for International Development, and the Wilson Center.

The list recognizes pioneering people across seven sectors – from politics to philanthropy – highlighting what is working in gender policy and providing a road map for the future of gender justice work.

Gary was selected for his decades of dedication to the field of gender justice, conducting extensive global research and program development around engaging men and boys in gender equality and violence prevention. He is a leading voice for the worldwide effort to establish positive, healthy, and equitable dynamics between men and women. Michael Kimmel, a member of Equimundo’s Board of Directors, and Michael Kaufman, a Equimundo Senior Fellow, were also represented on the list – alongside many of Equimundo’s partners around the world.